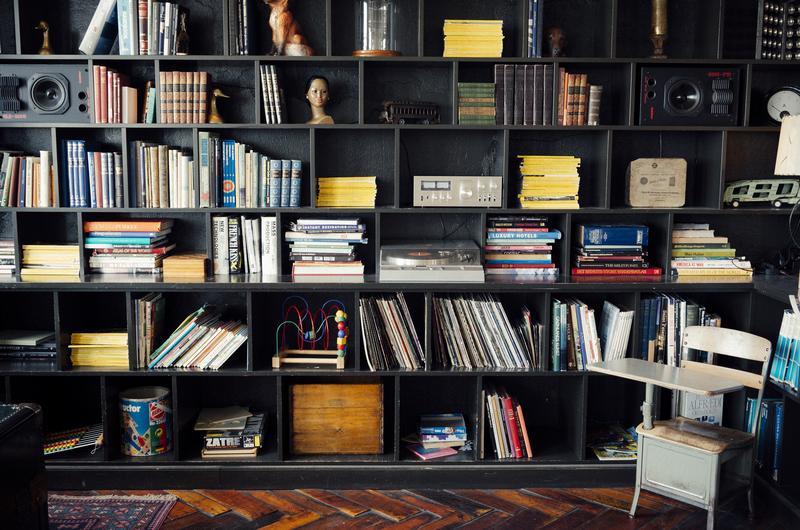 6-9 months ago, when everyone was posting lists of the top 10 books they read, I was unfortunately busy with work. And then, when I wanted to post my own list, it was much too late to do so – people had moved on to sharing Upworthy articles instead.

Nevertheless, what’s far more useful is to talk about the top things I learnt from books – the ideas, insights, stories that changed how I think about life and work. After all, that’s why you read books – to improve yourself in some way – isn’t it? Well, at least all books apart from the Twilight series.

So, here are the 5 ideas that transformed how I think about life and work, and the books I read them in. Rather than describing these ideas in detail, I’ll also share links to articles that offer a short version. But I would definitely recommend you read the book themselves too!

An understanding of psychology is, in my view, an essential skill for anyone whose daily life involves interactions with other people to get stuff done. The human mind is not only not rational, it is also irrational in a few consistent and repeatable ways. Understanding these cognitive biases and fallacies that we suffer from can go a long way in helping you get what you want in interactions with people.

[Tweet “The human mind is not only not rational, it is also irrational in consistent and repeatable ways.”]

One of the key concepts I’ve come across in this area is that the human mind is really two distinct personalities – let’s call them System 1 and System 2. System 1 is the more automatic, quick-and-dirty, heuristic based, lazy thinker – get to an answer quickly by applying habits and patterns, often at a subliminal level. System 2, on the other hand, applies more careful, overt deliberation to any problem, coming to a solution in a more considered manner.

At any time, you’re thinking in one of these two modes. For example, when you’re doing math, you’re carefully thinking of the problem and solution – that’s System 2 in operation. When you’re tying your shoelaces, you’re usually not thinking about the loops and knots actively – you just do it. That’s an example of a System 1 task.

Now, at most times, the mind defaults to System 1 – which tries to recognize and apply patterns without thinking too much. And the result is that it can get tricked in fairly predictable ways – what we call cognitive biases. Two examples of these are anchoring (where an initial number suggested to you often influences your answers to a numerical question) and availability bias (you tend to overestimate the probability of an event if you can remember examples – this sometimes results in people paying more for earthquake insurance than insurance for natural calamities – even though the latter includes earthquakes!). Won’t go into detail on these biases here – you can read the articles I’ve linked to, and the book. But I’ll blog about them soon too!

Another interesting implication of the dominance of System 1 is that you can trick your brain into certain emotions. For example, you know that when you’re happy, you tend to smile. But did you know that this can work in reverse – that you can trick your brain into happiness, by simply smiling? This was a ridiculously amazing insight for me – to know that causality works both ways, and I can control my emotions. I’m a ‘moist robot’, in Scott Adams’ words.

Book: Thinking Fast & Slow – one of the best books I’ve read – and I actually prefer fiction.

When I was in business school, I read Fooled by Randomness, by Nassim Taleb. At that point, I thought it was the best book I had ever read – so many brilliant ideas, one after the other. I read it again recently, and while I’m a little less effusive, it’s definitely worth a read – it’s long-winded and unnecessarily complicated in parts, and the language is often self-absorbed – but if you can look beyond that, the insights will hit you at an unrelenting pace.

But the most important insight for me – in that it almost exclusively governs my world view since I read it – is that of making skewed bets. The world is innately random – your success depends far more on your luck than on your ability. At first glance, this seems to encourage laziness. Why work hard when your destiny doesn’t depend on it? But looking deeper, the implication is that you should try and expose yourself to ‘positive’ luck as far as possible, while limiting the impact of ‘negative’ luck. In simpler terms, expose yourself to very high upside, while limiting your downside as far as possible.

This is called making a skewed bet – where if you win, the gains are a windfall; but if you lose, you don’t lose that much. A lot like financial options or a startup – if you make it, you make it. And if you fail, then your losses are limited – the cost of the option, 1 year of salary, etc. Of course, the probability of a loss may be 90%. But if you make 10 skewed bets, then you’ll make a windfall gain on 1 of them – and that may be more than enough.

Another important way to keep yourself open to good luck is by simply staying on the field. Thomas Edison got the light bulb right on his 1000th attempt – and that happened only because he kept trying different things, and didn’t give up after 999. To surf a ‘killer wave’, you need to first be in the sea, navigating the 100 tepid waves before.

[Tweet “To surf a ‘killer wave’, you need to first be in the sea, navigating the 100 tepid waves before.”]

Book: Fooled by Randomness. Antifragile, a subsequent book by Taleb (even better), actually takes this one idea and distills it far more.

3. Goals vs. Systems / Success as a process- How to fail at almost everything & still win big

Taking the previous point further – success, then, seems to be a process rather than a brilliant idea, inch-perfect execution or just good luck. Try a lot of different things, observe, learn, and iterate. So that you slowly, over time, collect all the right materials for the magnifying glass of luck to ignite. You do all the right things and keep improving, so that when Lady Luck knocks, you’re ready.

Success is therefore a system (take several skewed, high-reward/low-cost risks), rather than a goal (I want to get rich). Now that’s at a macro-level, but this makes sense even at the micro-level – rather than adopting a goal of doubling your user base and throwing money at it, take a systematic approach of trying different things, observing, and then betting the farm on the 2-3 marketing techniques that work.

Scott Adams (of Dilbert fame) carefully charts out this approach in his book.

Book: How to fail at almost everything & still win big. I would venture that this is one of the best and most actionable books I’ve read. But read at your own peril – as they say, one should be careful when taking life and business advice from a cartoonist.

Further Reading: Goals vs. Systems – a short blog post applying this concept to life in general.

4. Power Laws, or why working hard is not enough – Zero to One

I’ve already blogged about this here, but it’s worth reiterating. Today’s business world is not a normal distribution, with most people distributed around average payoffs. Rather, it’s an exponential distribution – very few companies will make most of the money to be made. Therefore, success depends far, far more on what you do, than on how you do it.

In a power law distribution, very few sample points account for a majority of the population’s value.

The power law will permeate all your decisions (e.g., one marketing hack will drive 90% of your traction, one product feature will drive 90% of repeat users, etc.). Won’t go into more detail here – definitely read the post!

[Tweet “Success depends far, far more on what you do, than on how you do it.”]

Book: Zero to One

Further reading: The Power Law, or why working hard is not enough (my blog post, again)

The previous three concepts have all been around the idea of work and success. This one is different, and is a tool that I’ve found quite useful in jump-starting creative thinking about problems.

Let’s say you’re trying to think of a startup idea in a given space. You could look at what users do now, what they buy, how they consume, etc., and try to find areas where you can add value. Or, you can look at how the industry will inevitably evolve in the future and see how you can accelerate that.

The author calls this concept an ‘attractor state’ – given industry trends today, what do you see as the logical next frontier over the next 10-20 years? And how can you participate in that, rather than making incremental changes to the status quo? To paraphrase Wayne Gretzky, the ice hockey legend – don’t skate to where the puck is, but to where it will be.

This is a slightly nebulous concept, so let me provide an example. Let’s say I want to create an offering in the payments space. One option is to join the crowded current market, and provide a mobile wallet solution, a payment gateway, etc. Another way is to think of where the industry will be in 10-20 years – its attractor state. I’m not a payments expert, but seeing how it has evolved over time (barter -> gold -> paper money -> credit cards -> mobile wallets), there’s a clear trend towards individualization. The reasons mobile wallets are a great innovation is that everyone carries a mobile today, and they don’t share mobiles – it is a unique identifier of a person. Taking this individualization further, the next wave of advancement has to be biometrics – where unique characteristics of your person (iris, voice patterns, fingerprints, etc.) are your identifier, based on which transactions can be completed from your account. You don’t need to whip out your phone or credit card – just staring at a tiny lens is enough to connect to your payment account.

How does this help an entrepreneur? With this end-game in view, entrepreneurs can think about how they can add (and capture) disproportionate value in the long-term – the products and services they can start building today, to accelerate the attractor state. In the case of payments, it could be future biometric sensors, systems for collating massive customer data, POS terminals for accepting payments, etc. – each of these possibilities could be game-changing.

Won’t go into much more detail here – but I’ll write a blog post or two on this concept soon. I find it an incredibly powerful way to improve your creativity when thinking about problems and solutions.

Book: Good strategy Bad Strategy. Apart from a discussion of attractor states, this book also has a great discussion of chain linked strategy and focus as a source of competitive leverage. I’ve blogged about this here.

Further Reading: Will write a detailed post on this soon!

These are the five concepts from books that changed my world-view. It may be asking too much to hope that they fundamentally alter your thinking too, but I hope you find these perspectives and books interesting. Do comment!

PS. Have you signed up for the Startup Weekly yet?